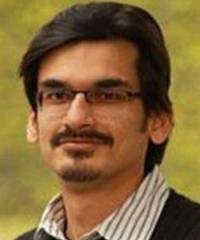 Ali Raza is a historian specializing in the history of modern South Asia. He received his DPhil from the University of Oxford and was a research fellow at the Leibniz-Zentrum Moderner Orient in Berlin. His research and teaching interests include the social and intellectual history of South Asia, comparative colonialisms, decolonization, and post-colonial theory.