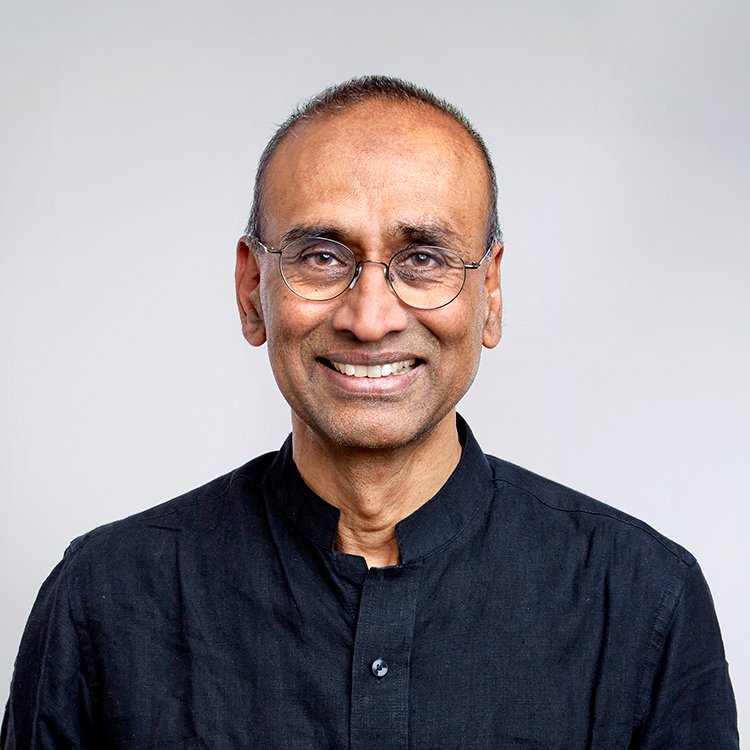 Sir Venkatraman ‘Venki’ Ramakrishnan is a Nobel Prize-winning biologist whose many scientific contributions include his work on the atomic structure of the ribosome. As the site within living cells where the genetic information is read to synthesise proteins from amino acids, improved understanding of the ribosome has yielded many fundamental biological insights.

He determined the atomic structure of the 30S ribosomal subunit followed by structures of the entire ribosome in many different states and in complexes with several antibiotics. More recently, he has been using electron microscopy to visualise ribosomes in action in higher organisms. This work has advanced our understanding of how the ribosome works and how antibiotics inhibit it. In the past he has also worked on histone and chromatin structure, which help us to understand how DNA is organised in cells.

Venki received the Nobel Prize in Chemistry for his work on ribosomal structure in 2009 and was knighted in 2012. He is a Member of the US National Academy of Sciences, Leopoldina and EMBO, and a Foreign Member of the Indian National Science Academy. In 2015, he was elected as President of the Royal Society for a five-year term.